About 2400 years ago some inventive person used an extract from a willow tree to relieve pain. It is not known if this person experimented on himself or on an ancient test subject, but that willow tree concoction is better known as acetylsalicylic acid or more commonly aspirin. Through the centuries pain medication has taken the form of opium, chloroform, and ether which “relieved” pain by rendering the patient unconscious.

By the beginning of the 20th century (the 1900s) opiates like morphine and heroin were used as painkillers. But, the medical professionals of that era realized that the curse of addiction sometimes overshadowed the benefits of pain relief.

The Birth of Pain Relievers

Today, pharmaceutical giants like Johnson & Johnson and Pfizer, market hundreds of products for various ailments like acne, diaper rash and of course pain medications sold over the counter like Tylenol and Advil. Their products have meant pain relief for millions of people. But, in the 1980s, something went awry when the leading specialists in the treatment of pain encouraged opioid use for non-cancer pain treatment. With the full support of the pill makers and insurance carriers, smart advertising plus an emerging illegal drug network, the current opioid crisis began. Today it is a huge problem across the USA.

The Ugly Face of Addiction

The alcoholic or drug addicted person is sometimes looked upon with scorn. In a lot of cases, this is due to crimes or violent acts committed while under the influence. TV shows and movies will often glamorize the use of drugs or overdramatize the depths to which one can fall. While the needs of someone “lying in the gutter” are urgent, more common are the functional addicts who seem to live a normal life but need help just the same.

A typical story is a person who hurts their back at work or damages a knee playing touch football with the kids. After a hospital stay, the person will need prescription painkillers for a few days until the pain subsides. Most people will rely on Tylenol and even the old aspirin for any lingering pain, but for some, especially those who might already drink or smoke a bit too much, the need for the painkiller begins to increase, and thus the addiction begins.

America’s Rehab Campuses (ARC) located in Dana, California, Midland, Texas, Lake Charles, Louisiana and Tucson, Arizona opened in 2016. ARC battles the opioid problem by helping people recover from their addictions one by one with individualized treatment programs beginning with detoxification through aftercare and beyond if needed.

ARC, detox center on Ajo Way in Tucson, AZ, not only treats those addicted to pain medications, but they also treat people addicted to anti-anxiety medications like Xanax and Valium, and stimulants used to treat ADHD such as Ritalin along with sleep disorder medications.

If you are showing the signs of dependency like taking increased dosages, having severe mood swings, making poor decisions with your personal and work life, then you need to call ARC at 1-888-782-4485 before your addiction escalates to where you are “doctor shopping” or forging prescriptions. These actions might lead to severe legal problems to compound your addiction issues.

Speak confidentially with a treatment adviser 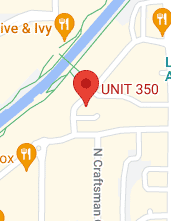